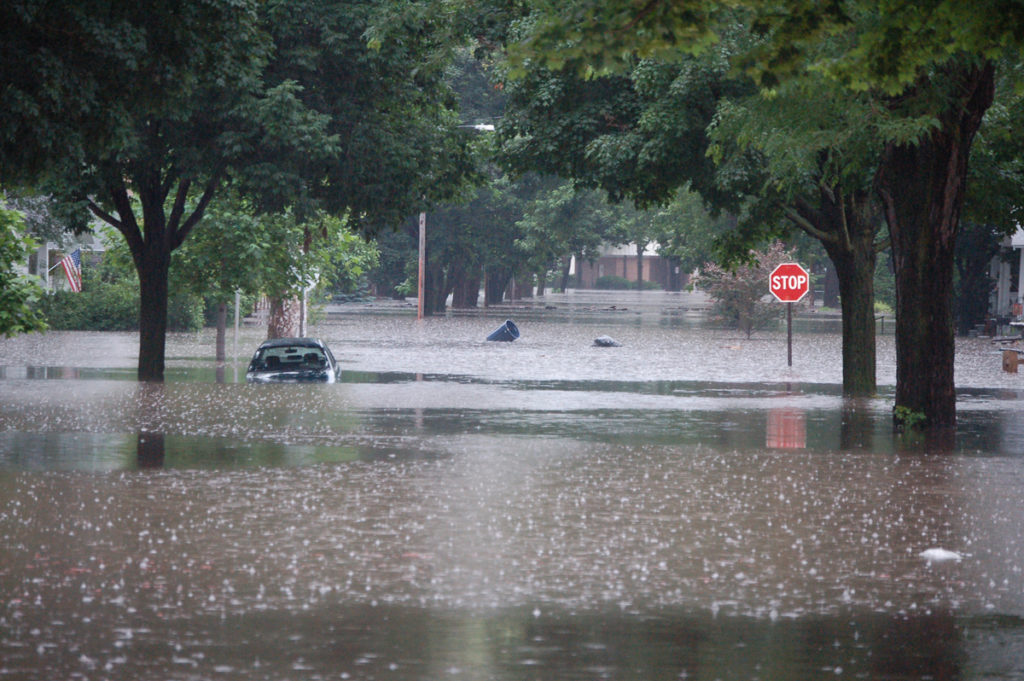 A study carried out by researchers from the EMbeDS Department of Excellence and the Institute of Economics of the Scuola Superiore Sant’Anna and published on PNAS, found that damages caused by extreme events have increased sharply over the last 50 years

Economic damages caused by extreme natural disasters such as floods, storms, hurricanes, heat waves, droughts, wildfires and landslides have increased sharply over the last 50 years. It can be estimated that in any given year a single catastrophic event costs about 26 million dollars more than in the previous year.

This is what emerges from a recent study conducted by a group of researchers belonging to EMbeDS (the Department of Excellence for Economics and Management in the era of Data Science) and to the Institute of Economics of the Sant’Anna School in Pisa in collaboration with researchers at the Pennsylvania State University that has been recently published in the Proceedings of the National Academy of Sciences (PNAS) USA .

The study analyzes data on a large number of disasters and shows that damages caused by extreme events have increased considerably over the last 50 years. This evidence is crucial to inform the design and implementation of mitigation and adaptation measures to reduce the impact of natural disasters and contrast climate change. In a world that might expect an increase in the number of extreme weather events, a better understanding of their dynamics and impacts is fundamental to design policies for patterns of sustainable and equitable growth, which is a key priority in the GROWINPRO project.

Researchers analyzed event-level data using quantile regressions to capture patterns in the damage distribution (not just its mean) and found strong evidence of progressive rightward skewing and tail fattening over time, which point to a growing impact of major disasters. While the effect of time on averages is hard to detect, effects on extreme damages are large, statistically significant, and growing with increasing percentiles.

“For instance, if we take as reference 1970 and 2010, the data show that the 99th percentile of the damage distribution – corresponding to extreme events – grew about twenty-fold. In practice, a single event among the largest (the top 1% of the damage distribution) caused roughly 500 million dollars in damages in 1970, and about 10 billion dollars in damages in 2010 – says Matteo Coronese, first author of the study and PhD student in Economics at the Sant’Anna School.  This increase is at least partially due to increases in wealth at risk (for instance, buildings) and population. But even when we account for these factors in our statistical models, we find a two-fold increase in the economic impact of extreme events. In more detail, we estimate that in any given year the large events (in the top 1%) cost about 26 million dollars more than in the previous year – controlling for changes that can be attributed to the evolution of GDP and population.”

The study is based on damage data for world-wide disasters occurred between 1960 and 2014, and focuses on those linked to climate change by a large number of prior studies (floods, storms, hurricanes, heat waves, droughts, wildfires and landslides).  “The increase in damages we demonstrate is consistent with what one would expect due to climate change, even though our study does not examine the extent to which this increase is directly attributable to climate change itself . To establish a direct connection we need more studies, comprising additional and more sophisticated data”  stresses Francesco Lamperti, author of the study and researcher of the GROWINPRO project -.

Nevertheless, the study does control for a number of factors that can affect damage amounts, such as wealth and population in the area where a disaster occurs. “Our results are robust with respect to these factors and other technical aspects of the analysis, which uses statistical methods capable of capturing the evolution of catastrophic damages – not just average ones” explains Francesca Chiaromonte, author of the study, professor of Statistics at the Sant’Anna School and at Penn State University, and scientific coordinator of EMbeDS. “The observed patterns are consistent with predictions from a theoretical model that connects changes in the mean values of climate-related variables (for instance sea levels) with increases in the risk of extreme damages” explains Klaus Keller, professor of Geosciences and director of the Center for Climate Risk Management at Penn State University.

The increase is especially strong in areas classified as temperate. Historically, these areas were less exposed to extreme events and sustained lower damages, but it is exactly in these areas that the very large damages are faster. While the cost of a single disaster in the top 1% of the damage distribution is estimated to grow by 17.9 million dollars every year in tropical areas, the increase observed in temperate zones is 46.5 million dollars per year.

“The study allows us to conclude that policy makers, along with all of us, must be prepared to face an increase in the economic impact of extreme natural disasters” states Andrea Roventini, author of the study and Principal Investigator of the GROWINPRO project. “The need for actions that will help our societies mitigate catastrophic impacts and adapt to new climate conditions is ever more vital and imminent, even in temperate areas which were considered less exposed in the past. Moreover, in light of our results, caution would suggest the adoption of policies that, contrasting climate change, may contain frequency and intensity of natural disasters in the future.”

Reforming the Eurozone. A GROWINPRO workshop in Pisa
Innovation and job creation in (high-growth) new firms